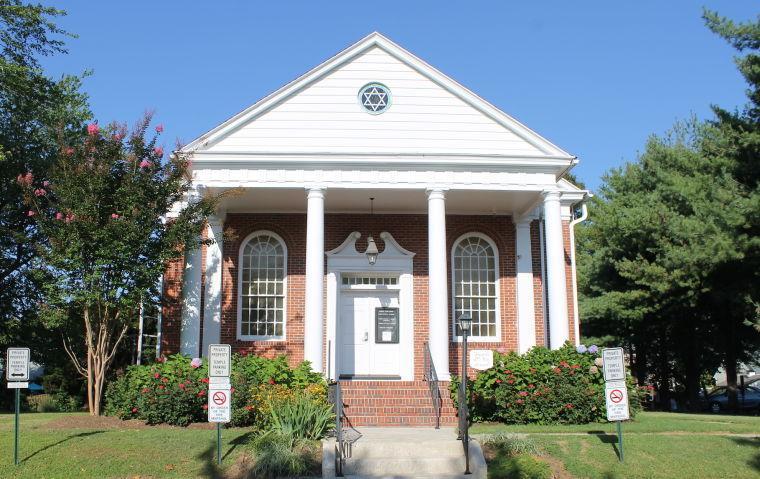 EASTON — Temple B’nai Israel in Easton is ready to embrace a new project involving its future on the Eastern Shore.

According to Rabbi Peter Hyman and Elaine Friedman, president of Temple B’nai Israel Center for Jewish Life on the Eastern Shore, the temple is contemplating a new location in Easton that can accommodate its growing congregation.

The temple recently entered discussions with University of Maryland Shore Medical Center at Easton regarding the purchase of an undisclosed property the hospital owns. The property is the potential site for a new temple.

“We are beginning to think about the property. This is an exciting project, which is the continuation of some 60 years ago,” Hyman said.

“The building is feeling its age. We are not ADA accessible. Some people cannot participate. That is not a statement we want to make,” Friedman said.

With current temple seating accommodating 112 people, the temple’s approximately 250 members are feeling the confines of their surroundings.

“We are deeply appreciative to St. Mark’s for accommodating us. However, there’s something about having a home,” Friedman said.

“It’s about looking at the whole picture. We do not have the space to accommodate the people, the programs and the rituals,” said Friedman.

Friedman and Hyman hope a more accommodating temple will enable the involvement of all members of the Jewish community. They hope to make the temple a religious, educational and social center for Jewish life on the Eastern Shore.

“We have been in Easton for 63 years. We consider this our home,” Hyman said.

Hyman said Temple B’nai Israel ultimately will remain in Easton. “We don’t want to move, nor does the city want us to move,” he said.

“Rabbi Hyman is well known and part of the community,” Friedman said.

“We are a leadership institution, a flagship symbol of the kind of community that we continue to develop,” Hyman said.

Fundraising efforts for the new temple began a year and a half ago and also include setting up an endowment for future generations.

“It is my opinion that it is prudent in this undertaking, to be fiduciarily responsible,” Hyman said.

Hyman said a percentage of the money raised will go toward the endowment and will be available for future maintenance of the new facility, as well as expanded programming.

“We don’t want to burden the current or the next generation with expenses that could be incurred,” said Hyman.

As Temple B’nai Israel embarks on this new effort, Hyman said there is excitement on all levels.

“We even had one young member of the congregation ask if the temple would be ready for his bar mitzvah,” he said.

“We are all proud of the temple. We are just trying to maintain the needs of a growing congregation. We have been, and continue to be, the center for Jewish life on the Eastern Shore,” Hyman said.